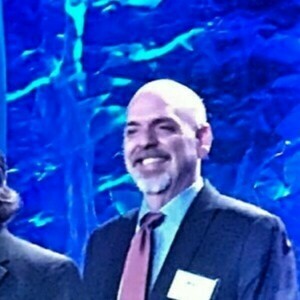 Mike is a serial entrepreneur and software developer with deep experience in HR Tech. Mike heads up product operations and product development for PivotCX.

Mike Seidle serves as Chief Technical Officer and is responsible for all facets of product development and digital operations at PivotCX. Mike brings over 30 years of experience in marketing, software development, product and user experience design, and a proven track record of leading technology-driven teams. A strong proponent of customer-driven design, Mike enjoys working directly with customers and end-users whenever possible.

In 1996, Mike started with Vanstar and held various positions starting as an inside sales rep, eventually being named regional corporate manager. In addition to selling and sales management, Mike was highly involved in Inacom’s eCommerce, customer relationship management, and sales automation efforts. In 1999, Inacom filed for bankruptcy and Mike joined Indianapolis-based CRM integrator Expanse, Inc as VP of Sales and Marketing.

At Expanse, Mike doubled sales in his first year and doubled profits while continuing to increase sales in year two. Mike also leveraged his ability to build software and developed one of the first integrated web, CRM, and email marketing systems that served as Expanse’s main source of new business and helped Expanse rise to be a global Top 10 Goldmine Partner, eventually helping over 400 companies in the Midwest implement CRM, often for the first time.

In 2010, Mike joined DirectEmployers as a senior user experience engineer and was quickly promoted to director of development. While at DirectEmployers, Mike was responsible for managing the development of two products: DirectTraffic, a job ad analytics system, and the National Labor Exchange, a 4.2 million jobs-per-day aggregator network delivering jobs from and to 19,000 private sector employers and all 54 U.S. state and protectorate governments. In 2011, Mike joined the HR Open Standards Consortium (HROS) seeking to champion standardization to simplify National Labor Exchange operations. In 2012, Mike was elected to the HROS Board of Directors and was responsible for establishing the HROS government initiative. Mike served until January 2015 when he left to start PivotCX.

“The most important metric in the hiring process is response time. The faster you get to a human-to-human conversation, the more likely you are to make a hire.” -- Mike Seidle, Cofounder, PivotCX.io

“I've never seen a survey of job seekers where the job seeker wants to talk to a chatbot.” -- Mike Seidle, Cofounder, PivotCX.io

“Most talent acquisition organizations think in terms of days and weeks. We should be thinking in terms of minutes and seconds.” -- Mike Seidle, Cofounder, PivotCX.io

“Don't overprocess candidates. Talk to them. Processing requires accurate data, and you just don't have it until you have a conversation and confirm a candidate's qualifications. Most resumes and most job applications contain at least one inaccuracy that will automatically reject a candidate.” -- Mike Seidle, Cofounder, PivotCX.io

“40-70% of hires should come from re-marketing candidates that are in your CRM or ATS. If you are relying on new applications to fill every position, you are missing half of the hires you could be making.” -- Mike Seidle, Cofounder, PivotCX.io

“There are only two rules in marketing: do something, and do it better next time.” -- Mike Seidle, Cofounder, PivotCX.io

“Speed is highly underrated. The faster you deliver on a great experience, the more positive the outcome will be. This applies to recruiting, customer service, marketing, and sales interactions.” -- Mike Seidle, Cofounder, PivotCX.io

“The best standard is one everyone else uses. If you want to standardize, you have to be ok with accepting something that is not invented by your team.” -- Mike Seidle, Cofounder, PivotCX.io